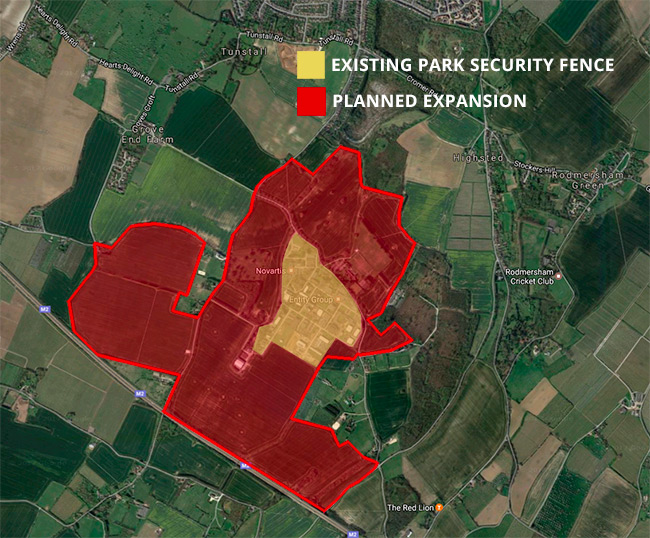 This year’s proposals include for a trebling of the size of the existing site, a new business park in Teynham, new motorway junction and Southern Relief Road.

The plans emerged during the course of the public inquiry the Council’s Local Plan and are a significant departure from expansion proposals which the Kent Science Park publicly consulted on during 2015.

Unlike the 2015 20-year plan which proposed creating some 2,650 jobs without requiring any new land or motorway junction or Southern Relief Road, but did include around 400 new homes for workers apparently to ease traffic issues, the current plans have reverted to something approaching the original and highly unpopular proposals of 2004.

Of course, there have been many plans over the last thirteen years and it is therefore unsurprising that there is a great deal of confusion surrounding . They change often and are frequently in conflict with their previous conclusions, scale and ambitions depending on the political climate at the time. 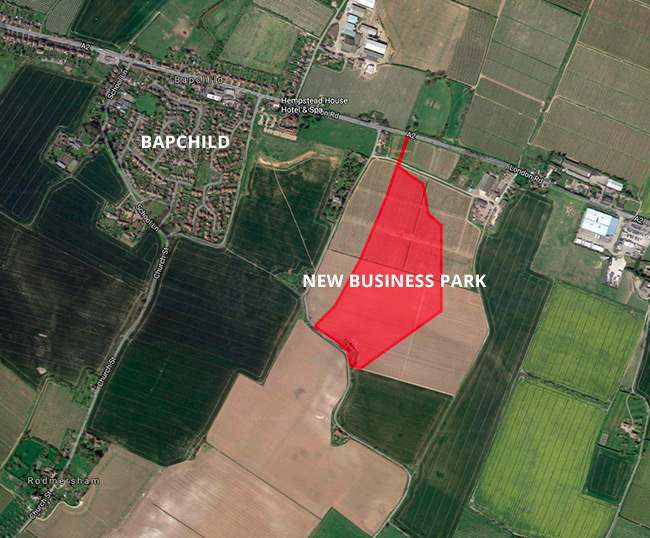 Last October leader of the Council, Andrew Bowles lobbied the Thames Estuary Commission to lend support to the idea of creating a series of new “community” villages in South Sittingbourne explicitly to support the development of the Kent Science Park.

In December Gordon Henderson MP met with Chris Grayling, Secretary of State for Transport to allow a number of local businesses to discuss road and rail infrastructure projects including the Southern Relief Road and new M2 motorway junction 5a which Mr Henderson fully supports.

What may surprise you then is that fact that none of this features in the Council’s Local Plan which includes all major development until 2031.

With no firm proposal on the table and even less evidence to offer in both the longer-term expansion of the Kent Science Park, Southern Relief Road and M2 J5A considered too risky to be included for the fear of the Inspector finding the plan unsound.

During the course of the Inquiry, Highways England suggested that there was insufficient justification for a new motorway junction based on the proposals and that projected estimates for the Southern Relief Road and motorway junction of some £80 - £120 million were woefully short of the mark.

In my the likely cost will be in the region of £300 million based on correspondence I’ve seen over the years, but honestly, I could be hopelessly wrong about this. I find it amusing that of the two documents submitted to the inquiry they couldn’t even agree on what the cost is, with one repeatedly stating £80 million and the other £120 million

What was even more damning, was the verdict that expansion plans will make local traffic worse and there would be a negative economic impact on the rest of the network.

Slightly more unsettling was the fact that the new owners of the park have appealed to the inspector to relax the planning restrictions associated with the development of a Science Parks, which would then put this on par with a regular industrial estate in planning terms.

I have been a long-time critic of the greater scale expansion plans for the Kent Science Park and have conducted more research into this than probably anyone outside the park themselves. I have always supported the economic development of the park as long as it can be sustained by the existing road network and is located within the present site. In 2015 the owners effectively came to the same conclusion setting aside a decade of arguments which previously claimed that this was impossible.

In the last 13 the owners of the park have claimed that they have generated 650 new jobs which brilliant but not even in the same ball-park as the countless plans of yesteryear would have you believe.

In 2009 it was claimed that without a sizeable expansion the park would be full within months, the planning permission was subsequently granted in 2010 and seven years later the 4 hectares of land at the rear of the park empty and the existing park still has vacant premises.

Claims that the new motorway junction and Southern Relief Road could be completed by 2020 are quite frankly laughable.

The fact that the owners were unwilling to commit to this during the last seven years’ worth of consultations and failed to turn up for the public inquiry says it all. They are simply trying to sidestep the planning process entirely and avoid the scrutiny of a government inspector.

I wish the park would demonstrate some level of commitment, so how about starting the expansion plans that they already have permission for, this would generate hundreds of new jobs right now.