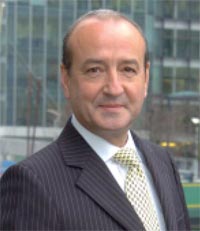 The head of Kent Science Park has moved to allay public fears about its proposed expansion.

Site manager James Speck said its current plan is designed to benefit the area by creating new jobs and will not lead to a link road between the A2 and M2, funded by the creation of thousands of homes, within the five years.

A meeting is due to take place tomorrow evening (Wednesday June 25) at Tunstall Village Hall for people to learn more about the current plans.

Campaigners have expressed fears about the impact on the local environment and increased levels of traffic along country roads with a wider expansion of the park.

Mr Speck said the concerns of the Five Parishes Opposition Group, which represents neighbouring villages, were being addressed.

He said: “One of the issues that I’ve picked up is that we should be making a success of the park in its existing form before we even consider expansion.

“We have somewhere in the region of 500,000 square feet in the park and our occupancy rate is just in excess of 80 per cent.

The requirements we’ve got from existing tenants and new enquiries means that we don’t actually have enough suitable space. Some are asking in excess of 7,500-10,000 square feet.”

The development includes plans for a new arrivals centre and two technology units.

Mr Speck said: “Now the demand within the park is such that it’s outstripping the useable space that we actually have to let.”

According to the site manager, companies such as Ecologia, which specialises in land remediation, are driving the expansion as some of the site’s older buildings have become “totally unsuitable.”

He said that the current plans are intended for no further than the next five years.

“We are not at this stage considering in any detail proposals that go further ahead than that. We are purely concentrating on making the park successful in its existing form.”

He insisted talk of a link road between the A2 and M2, to be funded by the building of up to 5,000 houses, was not serious.

“This is what we’re concentrating on, not on link roads that go through the rural areas of Kent and not on housing or anything like this.”

James Speck says Kent Science Park has insufficient space to cope with the requirements of existing and new tenants, but acknowledges that approx 100,000 square feet is unoccupied. Combine this with his current plans to add another 35,000 square feet and you have 135,000 square feet of empty space, enough to house 540 employees (based on average typical square footage achieved on UK Science Parks). This is more than the planned growth for the next five years without expansion beyond the security fence.